“Team Streak,” the Milwaukee Brewers squad’s nickname during the 1987 season which was probably one of the most fun season’s in franchise history. Sure, there was ’82, the year they went to the World Series, 2008 they were finally back in the Playoffs, and 2011 when they were just 2 games from going back to the Fall Classic… but, ’87 was a full season to remember.

During that season the “Crew” tied the MLB record for consecutive wins to start the season (13), Paul Molitor hit safely in 39 straight games, there was a no-hitter, and some really exciting games. Left handed pitcher, Teddy Higuera also played a part in “Team Streak” when he complied 32 straight scoreless innings, a Brewer record.

Brewer hurler Chase Anderson is knocking on “that” door after his last three starts. Last night’s 5-2 defeat of the Giants, Anderson went 7 2/3 innings and has compiled 21 2/3 scoreless innings, which is now his personal best.  Brewer manager, Craig Counsell, in the post game press conference in so many words coined him the Ralph Kramden of the pitching squad saying, “Three starts, no runs, That’s driving the bus.” 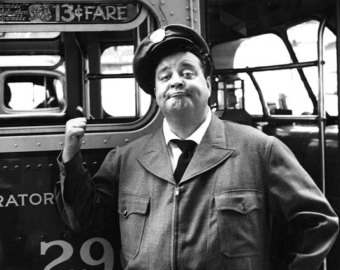 Anderson mixed up his three pitches and masterfully used his curve ball, allowing just 6 singles, a walk and striking out four in his 110 pitch outing, the win boosts his season record to 5-1. “Not the best command I would say, I was able to make pitches when I needed to, I felt a little off…” said Anderson humbly.

Anderson also got his first extra base hit of his young 3 year career last night, tagging Giant’s starter Matt Cain for a double off the wall in the third.

Next stop for the “bus driver” is Arizona on Sunday (6/11). The Diamondbacks are the team that Anderson started his streak on May 27th, when he went 7 strong innings, allowing just 1 hit, 3 walks while striking out 11 at Miller Park.

One thought on “All Aboard!”