Craig Counsell a.k.a “Grumpy Rooster” (pg. 74 “If These Walls Could Talk”) hit is breaking point last night and pulled the Brewers primary base thief Jonathan Villar in the 3rd inning due to a failed steal attempt of third base down 5 runs in the first. The Crew managed only 5 hits in their 8-1 loss to Arizona Wednesday night.

The Crew as of late have not been the sharpest on the base path, and when their offense is struggling it has costed them valuable runs that might’ve resulted in wins. Hollow wins, since the Brewers won’t be going to the post season this year, but wins that could build character and confidence moving forward with this young club in the formative stages of a rebuild.

Villar, also had two costly errors in the first two innings, which didn’t help his case, but when Counsell was asked in the post game press conference if he had hit his breaking point, and used the base stealing miscue as a learning point to pull Villar he replied:

“It was due to the base running situation, something he needs to improve on. He understands he made a mistake, just we’ll just move forward from it.”

That question was followed by, will Villar start Thursday?  To which Counsell replied without hesitation, “we’ll see.” 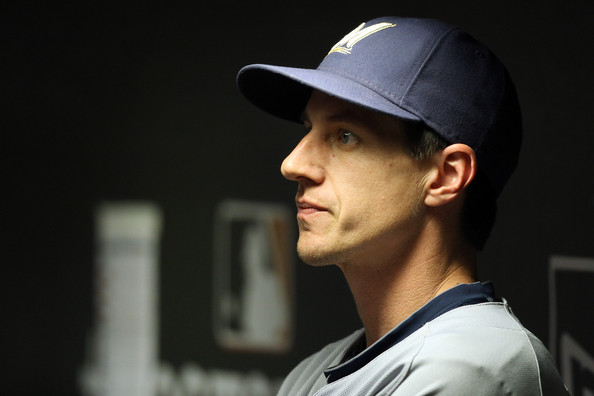 I personally like the aggressiveness of Villar on the bases, even though sometimes he shows signs of the recklessness that Carlos Gomez exhibited while in Brew City, but, in Villar’s case I feel he gets it. By Counsell pulling back on the reigns Wednesday night, and maybe initially benching Villar to start Fridays game,  Jonathan will choose his opportunities more wisely. Don’t get me wrong, Villar is one of my favorite Brewers and if he gets traded I’ll be disappointed. I think he does have the skills to be a positive threat on the base paths for the Crew in years to come,  and an integral  piece to a future championship here in Milwaukee.

Counsell mentioned that Jonathan knew what he did, and after the game, Villar was very humble when asked if he thought he would be starting in the final game of the four game series this afternoon versus the Diamondbacks at Miller Park:

It’s nice to see Counsell lay down the law, hopefully it works, and he continues to let the “Grumpy  Rooster” out, as this team gels for the future.

(* If These Walls Could Talk” by Bill Schroeder with Drew Olson)

2 thoughts on “The Grumpy Rooster Lives”