We all know the story about Pinocchio, the wooden puppet that wanted to become human and did, but when he lied his nose grew. At one point in the story Pinocchio goes missing, eventually he finds his way back home and vows never to lie again. In the modern day version of this story, a coach wants to coach football in a Major conference, gets the opportunity and after a season his nose begins to grow… instead of his name being Pinocchio, it’s Gary Andersen, Head Coach of the Wisconsin Badgers. 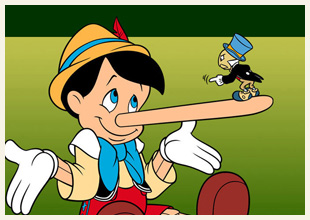 Last Saturday night (8-30-14) in the Badgers opening game vs SEC powerhouse LSU, the Badgers were for the most part rolling and “kinda” controlled the game for three quarters, at least they led 24-13 with a quarter left to play. A fake punt by LSU, horrible passing all night by Tanner McEvoy, and the absence of their star running back Melvin Gordon led to the loss. Along with that loss dashed just about every hope for the National Championship, which was on every Badger fan’s mind with the new playoff system in place this year. 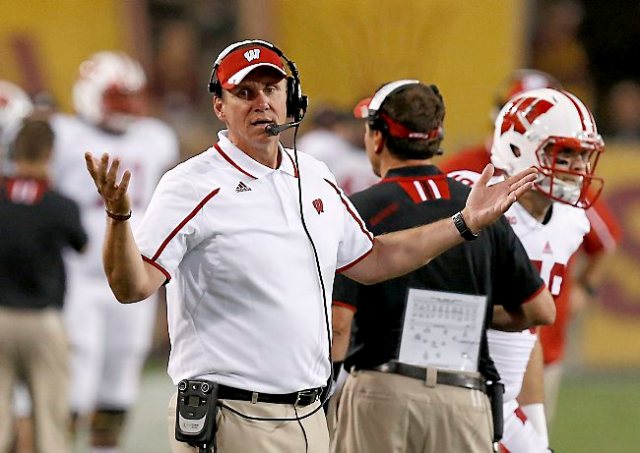 After the game, if it indeed was humanly possible, Coach Andersen’s nose would have been as long as a telephone wire after his press conference. First he said he didn’t know why Melvin Gordon had VERY VERY limited action in the second half, then he changed his story to something along the lines of, the staff said Gordon had a hip flexor and shouldn’t play…but Gordon was in fact used after half time and ripped off a run for 60+ yards. If Andersen was indeed told not to use Gordon, why did he run him? Gordon came out on Tuesday and said he is fine, and is not injured.

As far as the poor poor quarterbacking, where in any other situation, with any other team, McEvoy would’ve been replaced at half time or shortly thereafter, Coach Anderson said back up QB and last year’s starter Joel Stave was hurt and his shoulder would keep him out all season. Wednesday Stave came out and said his shoulder is fine, it’s his confidence that’s an issue.

So what is Andersen doing? Working on his resume to run for office when his coaching is done?

Why couldn’t Anderson just come clean? He wasn’t protecting anyone, and now his credibility is in serious jeopardy, which down the line could hurt his recruiting success at UW.

Say what you want about Brett Bielema… but remember, he did win three consecutive Big Ten Titles, and led the Badgers to three consecutive Rose Bowls, those are pretty big shoes to fill, let’s hope Andersen’s nose stops growing and his feet start!

One thought on “Seeing Red Part 2”