The Brewers are having one of their best seasons this year, they are 47-30 and well ahead of the 91 wins that I predicted before beginning of the season. They are 17 games over .500 and 5 and a half games ahead of the second place Cardinals. They also have 27 wins on the road, something that they didn’t see until late August last year.

Why are the Brewers lighting up the National League, and taking no prisoners? It’s because they have one of the most solid teams in baseball, with a number of players that are playing at an All-Star level, and SHOULD BE AT TARGET FIELD FOR THE MID-SUMMER CLASSIC this JULY.

They also have a manager who is manning the ship through turbulent waters at times and keeping his cool. Unfortunately Ron Roenicke will not be coaching come July 15th, BUT if things continue the way they are, he’ll be managing the National League next year in Cincinnati (wink, wink).

The Brewers who have the best chance of making this year’s squad, are catcher Jonathan Lucroy, and center fielder Carlos Gomez. Other Brewers on the ballot are having really good seasons, but may come up short. Aramis Ramirez who is hitting the cover off the ball since coming off the disabled list, may have spent too much time there earlier this season. Ryan Braun just isn’t lighting it up like he did in years past. Mark Reynolds and Rickie Weeks were in more of a platoon situation. Khris Davis and Jean Segura are up against some stiff competition from the other teams in the N.L. at their positions. Scooter Gennett who would make a serious run at the spot at second isn’t on the ballot, and it’s REAL HARD to make the All-Star team as a “write-in.”

So, realistically, Lucroy and Gomez have the best shot, and need our help! 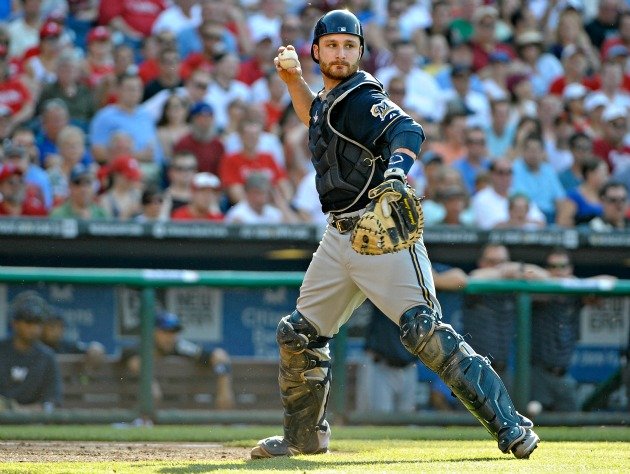 Molina and Posey are both World Series Champions, and Posey has a N.L. MVP to his name, so fans tend to matriculate their votes to them, which is unfortunate. No one has been more clutch than Lucroy this season, he truly deserves the nod.

Carlos Gomez is just outside the top three in votes for N.L. outfielders, he is tied for 1st in the N.L. in batting average with Yasiel Puig at .317. a number that is good for 11th overall in MLB. When you think about Gomez, one also has to take his defense in the outfield (2013 Gold Glove recipient) into consideration, along with his speed on the bases.

GO TO the Brewers website (brewers.com) it is SO EASY, and you can vote up to 25 times a day. It takes less than 1 minute to vote.

One thought on “VOTE BREWERS-NOW!”