Amid the avalanche of boos from the fans in the “City of Brotherly Love,” Tuesday afternoon, came 3 thunderous cracks, all from one, Ryan Braun.

The Brewers were in Philadelphia yesterday to take on the Phillies in the first of a three game set as well as their home opener. The Crew has been involved in three openers this season (the other two were in Boston and Milwaukee) and are 3 for 3.

The old saying goes “what doesn’t kill you makes you stronger,” well the Brewer right fielder must have felt like Hercules Tuesday, hitting 3 home runs and leading the Crew to a 10- 4 win. Braun’s 3 dingers resulted in 7 RBI which ties a team record. It was the second time in his career that he has hit 3 home runs in a game, the other was 4/30/12 at Petco Park vs the Padres. 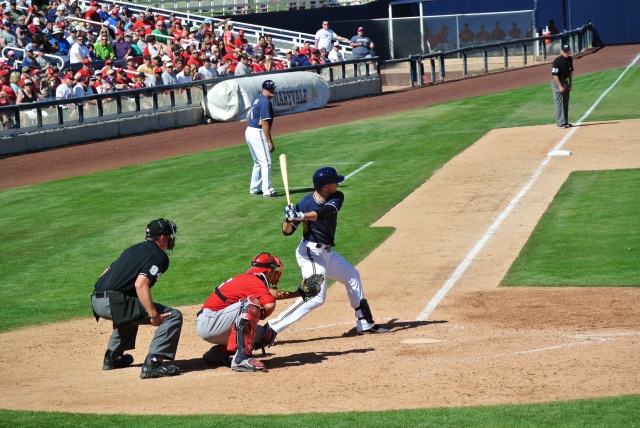 The three round trippers put the “Hebrew Hammer” in third place on the Brewers All-Time home run list with 214, passing Geoff Jenkins (212), the next two hurdles are his old teammate Prince Fielder (230) and Hall of Famer Robin Yount (251). Ben Oglivie also got knocked down a notch as Braun moved into fifth place with 688 RBI. 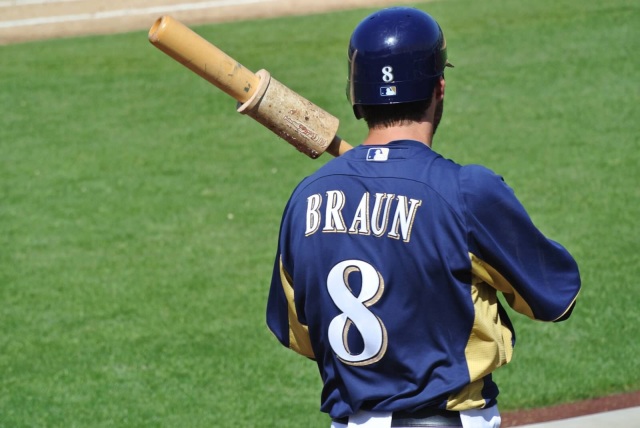 After reports of Braun’s ailing right thumb, which may have resulted in starting the season batting .091, Braun has hit .357 in Brewers first four games on the road. An adjustment in his swing due to an inflamed nerve near his thumb may be the answer.

The Brewers are off to one of their best starts in franchise history at 5 – 2, and face the Phillies again this evening. To see Braun’s first round tripper Tuesday and hear the boos go to : http://www.thebig920.com/onair/jeff-miller-sports-53489/braun-bringing-the-boom-12235178/#ixzz2yOOjzgGR