The “Wreck” Heard Around the World

Today (2/18/14) is the 35th Anniversary of the 21st annual Daytona 500, and probably the BIGGEST day in NASCAR history, because that is day stock car racing went from a niche sport of good ole boys “runnin’ moonshine” and moved into the national spotlight, becoming the industry we know it as today.

The fact that this would be the first 500 mile race broadcast “LIVE,” and the snow storm  known as the “Presidents Day Blizzard” had handcuffed, and homebound the Midwest, Northeast and Mid-Atlantic states, allowed this race to be seen by millions more than would’ve otherwise (previously races like the Indy 500 were recorded and replayed later in the evening). 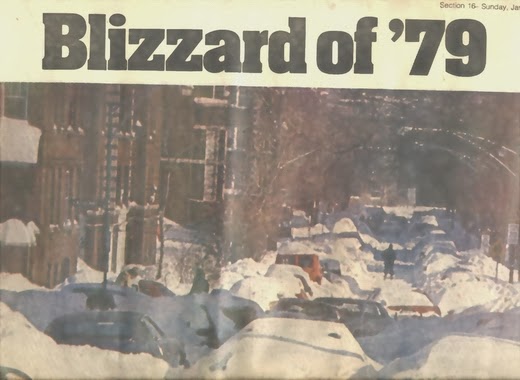 Daytona, Florida, the site of the race, saw the residual effects of the storm cell to the north and was hit with heavy rain the night before. The race started on time at noon, but, under “yellow,” which continued for the first 15 laps. Some “paint trading” early on, put Cale Yarborough 2 laps down, but, by lap 179 he was in tow behind the driver of the Hawaiian Tropic Monte Carlo, Donnie Allison. On the final lap Yarborough drafted tight and tried to sling shot past the “Number 1”, which resulted in some rubbing, and ended up “collecting” both of them. 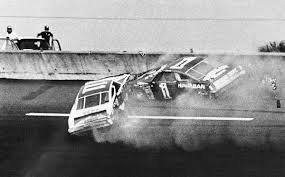 While Yarborough and Allison cars came to rest in the soggy infield, the “King” Richard Petty who was a half a lap behind the wreck when it happened, crossed the finish line for his 6th Daytona win.

That’s not where it ended… with “LIVE” television running, Yarborough and Allison got into “it” in the infield just a couple hundred yards from the finish. Allision’s brother Bobby drove his car down to give his brother a ride and ended up getting in the middle of everything as well. Cale and the Allisions got fined and NASCAR got the boost it needed.

2 thoughts on “The “Wreck” Heard Around the World”