We all remember our “firsts,” whether it be are first kiss, first speeding ticket, first fish we caught, etc.  I’m no different, I remember the first bowl game I watched from start to finish… and thus began my love affair with college football’s Orange Bowl.

The year was 1984, and I was 15 years old. That night as snow was falling outside my bedroom window in Muskego, Wisconsin, it was just me and a 13″ black and white t.v. that was fully equipped with enough tin foil to get a signal from Iceland if needed. I was ready to watch the 50th Orange Bowl game. It was a thrilling game, with Miami, the team I was rooting for pulling out a 1 point victory over Nebraska, 31-30. Tom Osborn’s Cornhuskers scored with less than a minute left in regulation, and instead of kicking the extra point and securing a tie, Osbourn went for two points, and the victory. Howard Schnellenberger and his underdog ‘Canes defused the conversion, won the National Championship, and I became a lifelong fan of the Orange Bowl!

Since that night I vowed to one day go to an Orange Bowl game. It took 16 years, but I was able to get to the game on 1/1/2000, and then again 1/3/2001. My friend John, and I headed to South Florida from snowy Wisconsin, driving straight through until we got to the Sunshine State. The next afternoon in Miami we went to a Jai-Alai arena, that evening in South Beach we partied like it was 1999 (which it was). The next day the anticipation was almost too much for me, within hours I would be at the game I dreamed about attending. En route to Pro Player Stadium we drove past the old Orange Bowl where the ’84 classic took place and my quest “sorta” began. The 66th Orange Bowl pitted the Big 10 against the SEC. Tom Brady and the #8 Michigan Wolverines vs # 4 Crimson Tide and their star runningback, Shawn Alexander. Michigan pulled off one point victory 35-34 in the very first BCS overtime game. What a fantastic game for my first Orange Bowl. 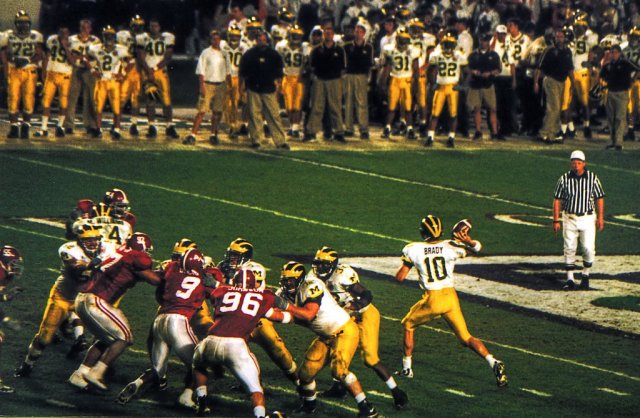 For the 2001 game John and I hit the road again, and even though I had been to the Orange Bowl the year previous, it was still special, because this time the game was for the National Championship! The only way it could’ve been any better would be if the Badgers would’ve been there. Instead, it was Florida State, and Oklahoma… and, a completely different game than the year previous. A defensive battle between the two ended with a 13-2 victory, and National Championship for the Sooners. 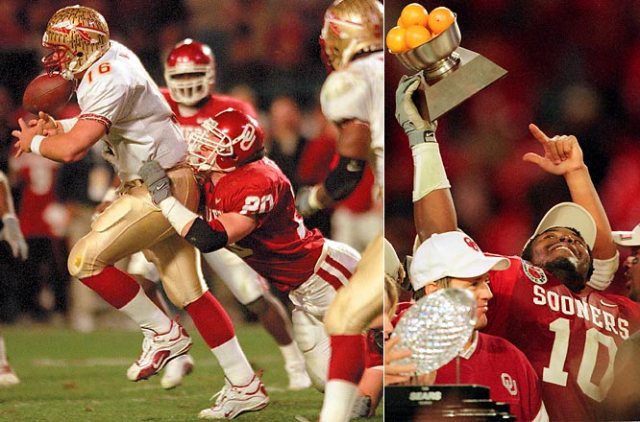 There have been so many great Orange Bowl games, and hopefully Friday night’s game between Ohio State and Clemson will not disappoint.

One thought on “Orange Bowl Forever”