An All-Star, World Champion, and a Brewer 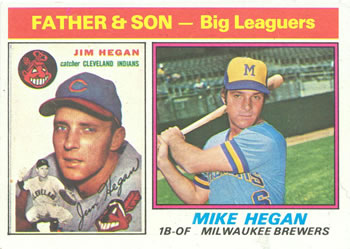 Hegan, who’s father played for the Indians in the 1940’s and 50’s, broke into the big leagues in September 1964 with the New York Yankees, just in time for World Series.

When the Seattle Pilots came into fruition he left the Empire State for the Emerald City and hit the first homerun (in his first at-bat) in the team’s brief history, he was also one of the two Pilot All Star representaitves in the 1969 Mid-Season Classic. 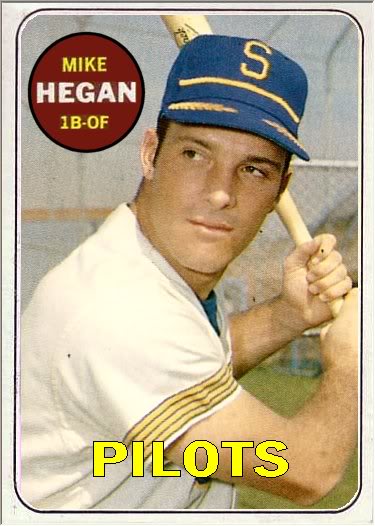 The bankrupt Pilots became the Brewers in 1970, and Hegan came with, becoming the team’s first, 1st baseman. He left for Oakland during the ’71 season, and won a World Series with them 1972. He eventually returned to the Brew City to finish out the last 4 seasons of his 12 year career retiring, from baseball on 7/8/77. 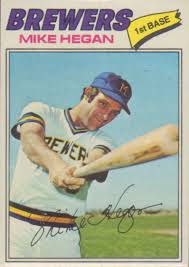 Heagan as a Brewers (my very first baseball card)

During his time with the Brewers he became the first Brewer to hit for “the cycle” when he went 4 for 5 against Mark Fidyrch, and the Tigers in Detroit (9/3/1976). Mike also held the A.L. for most consecutive errorless games at 1st base (178) until 2007, when it was broke by Boston’s Kevin Youkilis.

After his playing days he did 12 years as TV commentator for the Brewers before eventually doing broadcasts for his hometown Indians. 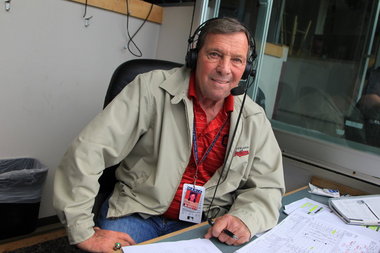 One thought on “An All-Star, World Champion, and a Brewer”