In a sport that has been around since 1869 and hundred of thousand of games logged there has only been 281 no-hitters in major league baseball (238 since the modern era 1901). The first name that comes to mind for me at least is Nolan Ryan who had 7. He threw his first two in 1973 a mere two months apart!

The next name that comes to mind Sandy Koufax who had 4, and a perfect game to boot. As far as the most incredible feat in no-hitter history was Johnny Vander Meer, who in 1938 had no-hitters in consecutive starts (a record that WILL NEVER be broken).

The most famous no-hitter was actually the perfect game  Don Larsen threw in the 1956 World Series 27 batters up, 27 down… but this article is about what I feel is the most unique no-hitter, by probably the most improbable candidate, the one that occurred 20 years ago today (9-4-93). Jim Abbott cemented his place in MLB history with his gem against the Albert Belle led Cleveland Indians at Yankee Stadium.

Why, is this one so unique? Because Jim Abbott was born with without a right hand.

Abbott who was born in 1967, was a stand out pitcher and QB for his high school, turned down the Toronto Blue Jays who drafted him in 1985 to play at the University of Michigan. He earned an unofficial gold medal in the 1988 Summer Olympics pitching the final game (baseball was a demonstration sport at the time . 1988 was also the year the California Angels chose Abbott with the 8th pick in the first round,and threw the wheels of history in motion.

Jim Abbott with the Angels

During his fifth season at the ripe of 24 Abbott became one of the elite, adding his name to those of greatness, when he threw his “no-no.”

Abbott logged 1,674.0 innings and posted a 4.25 ERA during his 10 years in the league with 4 different teams. His last year, 1999, was spent with the Milwaukee Brewers. Prior to this, his career was entirely in the American League where pitchers didn’t bat. The Brewers moved to the Senior Circuit in 1998 which meant no DH all nine fielders batted. Abbott  had no qualms about throwing on a helmet and taking his cuts, he was a “gamer.” In Jim’s 21 career “at bats” (all for the Brewers) he accumulated 2 hits. 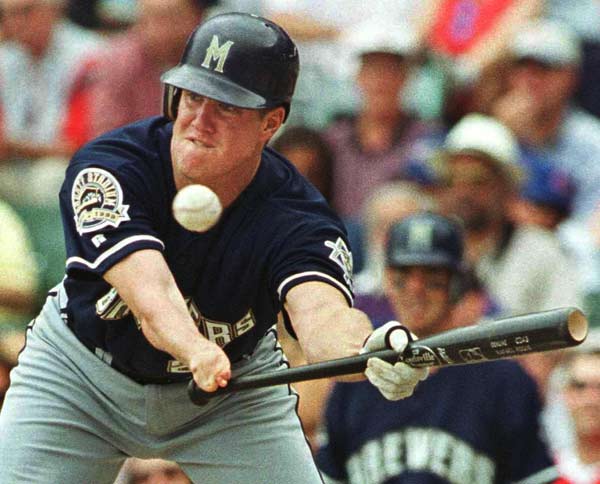 Abbott with Brewers as a batter

I was at County Stadium for the first on June 15th, 1999 when in the bottom of the first in a 1-1 game with the rival Cubs, and Jon Lieber on the mound, Abbott laced a shot over Cubs SS Jose Hernandez with runners on 1st and 2nd and 2 out.

*(both of Abbotts career hits came off of Lieber) 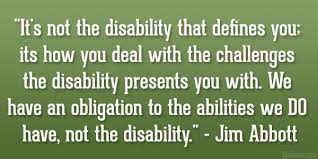 What an incredible career for Jim Abbott, who performed and excelled at the highest level in sports proving that if life dishes you lemons, use them to make lemonade.

One thought on “Lemons into Lemonade”