Milwaukee Buck center, and Port Pierce, FL native Larry Sanders has plenty of ink on his body, but this afternoon (8-20-13) he put ink worth a “pretty penny” on a 4 year extension. The contract extension will keep Larry in a Bucks uniform as they move forward and contend in the NBA Eastern Conference.

The former VCU Ram made $1.9 million last season, his third in the NBA, and was the #15 overall pick by the Bucks in 2010. Sanders put up promising numbers last season, some may say that they are not worthy of the $44 million dollar price tag, but his stock is definitely on the rise!

Sanders at his best 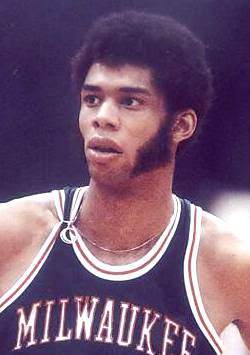 #8 is a definite leader, that was proven during last years Playoffs vs Miami when during halftime of Game 3 he took charge in the locker room calling some players out for lack of effort, which almost led to blows between himself and Monta Ellis. Sanders speech was about playing together, and not worrying about next season or being selfish.  Ellis felt as though Larry’s words were directed toward himself, and the ruckus began. Sander’s passion for the game was not just limited to the locker room last season, he also led the team in technical fouls.

Bucks GM John Hammonds had this to say of Tuesdays signing: “By combining his God-given ability with hard work and determination, Larry has developed into one of the top young defensive players in the league,…he is a very important part of what we are doing in Milwaukee, and we’re excited to announce his contract extension.”

I agree with Hammonds 100%, and would rather have a good “up and coming player” who is extremely passionate about the game, than a great player who mails “IT” in because he can.

Congratulations Larry on your contract extension, you deserve it.