Catcher in the Eye

Milwaukee Brewers catcher Jonathan Lucroy who is as “blue collar” as the city he plays in may have a new roll in front of him sooner rather than later, as he’s becoming more prevalent in the fan’s eye.

In last nights (8-16-13) dramatic come from behind win over the Reds, Lucroy was the star hitting his first ever walk off homerun!  A two run blast off of Reds fireballing closer Aroldis Chapman who has stuck out the Brewer backstop the previous 5 times they’ve met through the years. The round tripper gave the Crew a 7-5 win. 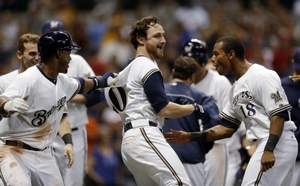 Lucroy since making his debut in 2010 has been a staple for the Brewers both offensively and defensively. He came just a ” hotel suitcase incident” away from making his first All-Star game last season (2012). Besides cutting down runner trying to steal second, and hitting round trippers…he may become the NEW face of the “Milwaukee Nine.” 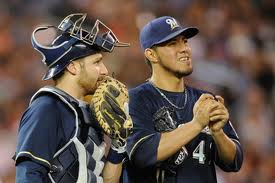 The reason I believe this will come to fruition is because current “face,” Ryan Braun has egg on it. Number 8 is at the center of a PED scandal, has been suspended for the rest of the season, and NOW has a possible academic fraud allegation staring him in the face. I would be surprised if Braun puts on a Brewer jersey ever again, especially if the latter allegations are true. The academic fraud at the University of Miami shows he has a history of lying and cheating, and why would the organization want that “scarlet letter” attached to them?

Enter #20 LUUUUUCC…Jonathan Lucroy, he’s a hard worker, tough player, talented, well liked by his teammates and the media, not a pretty boy (although women in the state would beg to differ), humble, and best of all… a leader. 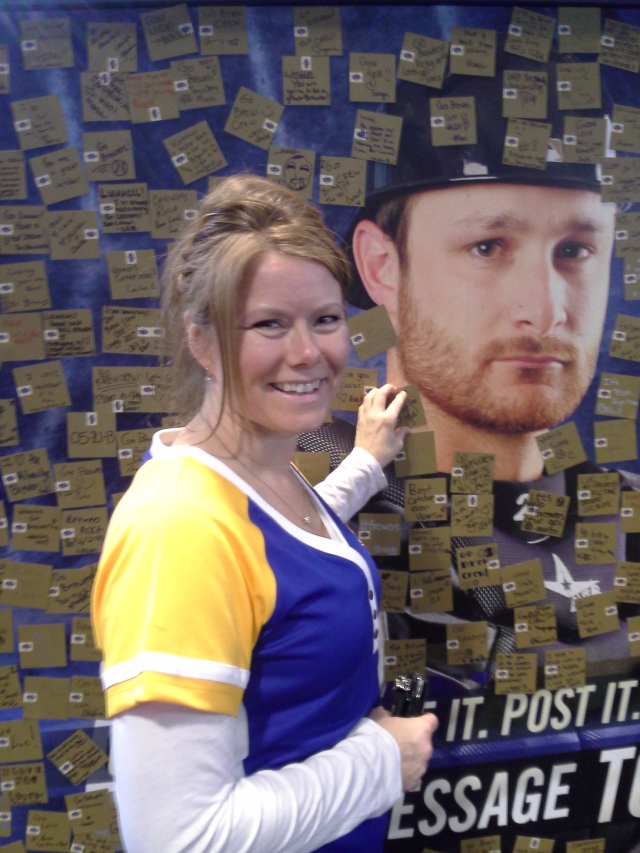 What more would a team want as the “Face of their Franchise?”… Even if half the time it’s covered. 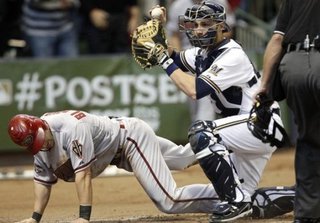 3 thoughts on “Catcher in the Eye”