Johnny, Johnny, Johnny, what are you thinking?! Are you even thinking at all?! ESPN’s investigative reporters at OTL (Outside The Lines) reported today (8-5-13) that Manziel allegedly signed autographs for money on the day of this years BCS Championship in Miami. OTL has been right on target before, and usually where there is smoke there is fire…Just ask Ryan Braun. 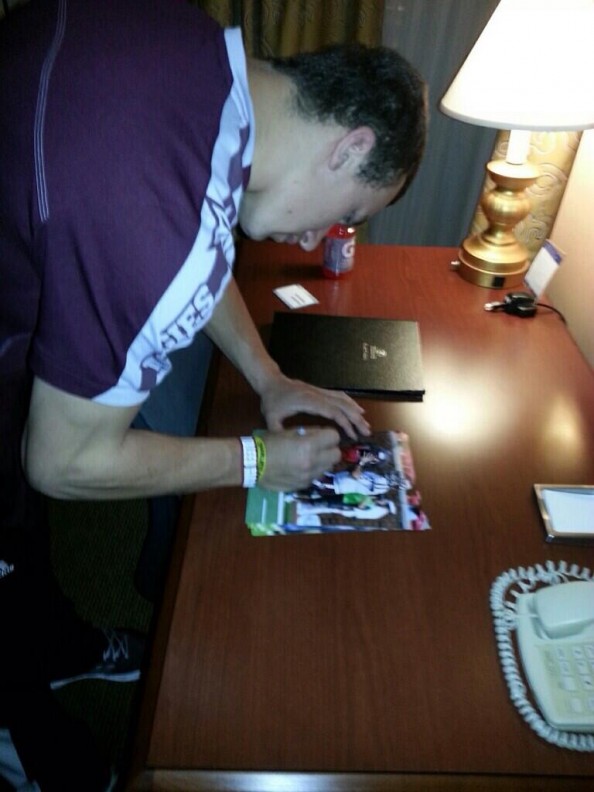 As the story goes autograph broker named Drew Tieman met up with the Heisman Trophy winner Manziel and friend Nathan Fitch at the Fort Lauderdale-Hollywood International Airport, a short time later they were in Tieman’s apartment allegedly signing photos and other memorabilia. Witnesses say they saw the “signing,” but didn’t see any money exchange hands. The alleged amount for the “appearance” was five figures. 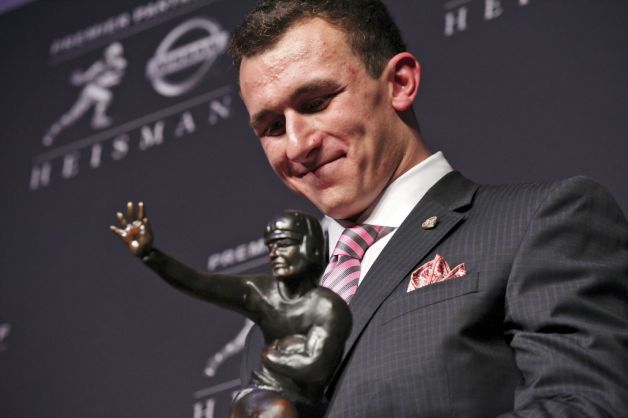 NCAA Bylaw 12.5.2.1 prohibits student-athletes from accepting money for promotion or sale of a product or service, and the act of doing so can affect an athlete’s amateur status and eligibility to compete in NCAA athletics. 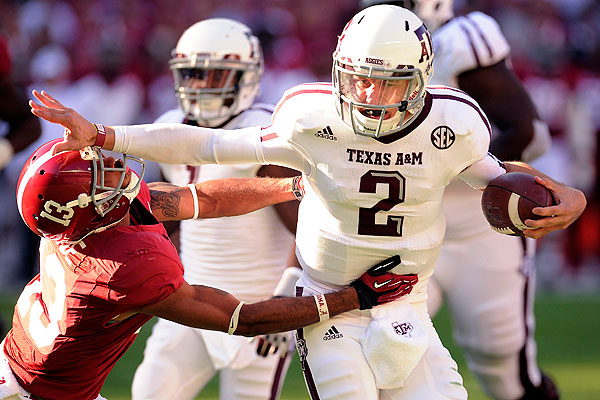 So Johnny Football’s luck may have run out and the Aggies may be without their star quarterback. 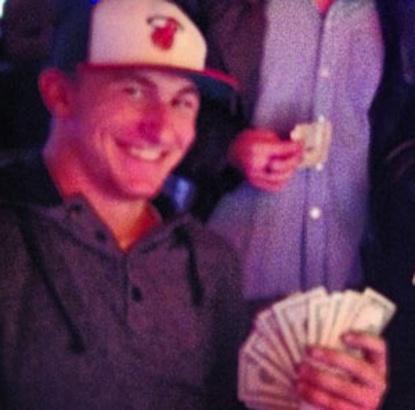 Manziel  just can’t stay out of the papers, earlier in the year he posted a photo of winnings in a Oklahoma Casino (18 is legal to gamble), he was photographed sitting courtside at a Heat game, and most recently was late for Manning Camp in which it he may have been drinking and “hungover”…  things that most 20 years olds do. (if they had the means). Johnny has the means…he had a killer season, which catapulted him to become the first freshman to win the Heisman Trophy, and basically ensconzing him in “Rock Star” status. Those previous account can be passed off as “boys will be boys” stints, but the autograph thing is a whole different story. 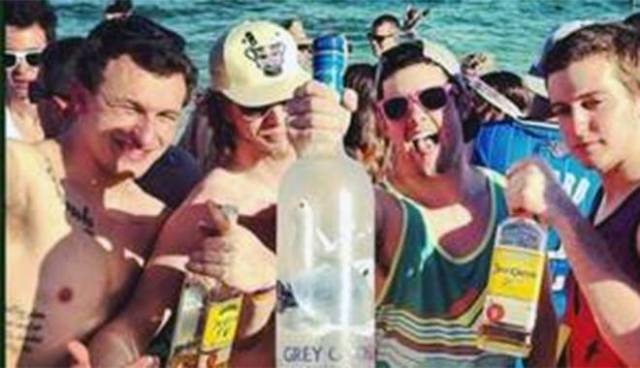 Manziel comes from a well off family, and doesn’t need the money that he allegedly receive for the signatures, and there’s no way on God’s green earth that he can say that he didn’t know the rule he was breaking. So either the lights are on and nobody’s home…or… what I believe that is true…Johnny Football’s head has grown too big for his helmet, to where he feels he’s above everything! 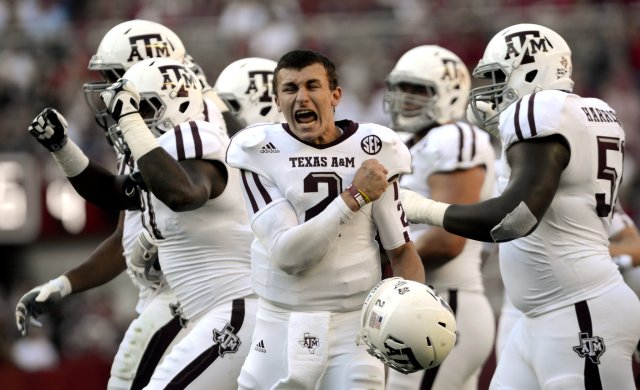 Whether one believes college athletes should be paid for their likeness, signature, or jerseys (which I think they should) is neither here nor there, because as of this moment, he broke the rule. Therefore he NEEDS be punished.