There will NOT be a Triple Crown Winner this year as 15-1 Oxbow won the 138th running of the Preakness Stakes Saturday in Baltimore, Maryland.

On a fast track that is 1/16 of a mile shorter that Churchill Downs, Orb was trying to win the Woodlawn Vase, and position himself to be the first horse since Affirmed in 1978 to win the Triple Crown.

Orb drew the post (closest to the rail) in the smallest field (9 horses) since 2007. The last horse to win from that position was Tabasco Cat in 1994, almost 20 years ago, so even though Orb was the favorite at 5/3, he really wasn’t. 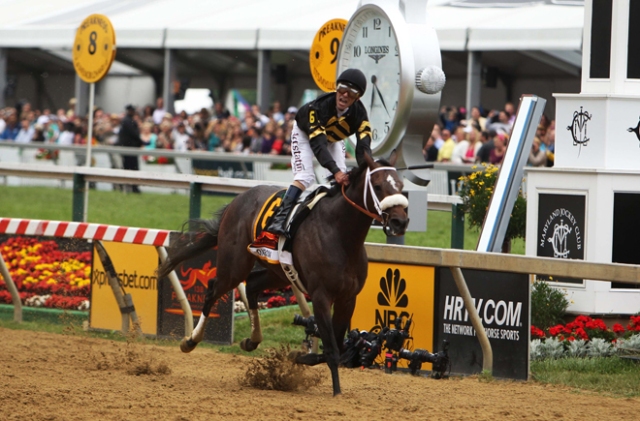 Oxbow led from the gate and never looked back, winning by 1- 3/4 lengths going wire to wire. The last horse to do it at the Preakness was Aloma’s Ruler in 1982. Oxbow made D. Wayne Lukas a 6 time winner at the Preakness, and Hall of Fame Jockey Gary Stevens a winner for the third time at the Stakes at 50 years old, his last Preakness victory was 2001 aboard a Baffert horse, Point Given.

One thought on “138th Preakness”