Houston We Have A Problem 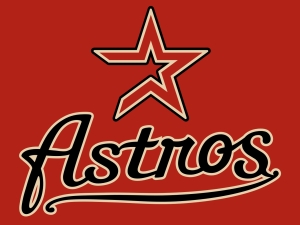 In a 162 game season in the MLB there are going to be winners and losers, unfortunately for Houston fans they’re going to experience more losing then winning in 2013. Astro fans have become accustom to losing, over their last two seasons they lost a total of 213 games (107 and 106 respectively) while only putting 111 wins (55 and 56). The Astros this year are in danger of becoming the first team since was the New York Mets of the early 1960’s, to record three consecutive seasons with at least 106 losses (the Mets actually did it 4 years in a row 1962, thru’65).

What makes it tough is that Houston will not only have to try to win games with basically a Triple A team, whose total payroll will be around $21 million (last year C.C. Sabathia of the Yankees salary, was $23 million). They will post a  line up that has a closer, Jose Veras who only had one save last year, only one pitcher from last season with double digit wins (Harrell 11-11), and not one player with at least 20 homers in 2012.

Houston will also be jockeying for position in probably the toughest division in baseball – AL West (the Astros make the move from the NL Central). The AL West not only houses the A’s and Rangers who both made the playoffs in 2012, it also has the Angels, with their big three: Pujols, Hamilton, and Trout.

‘Stros have one NL pennant and one World Series appearance (2005), as well as 4 NL Central titles, 2 NL West titles, and 2 Wild Card berths in their 51 year history in the National League…change may be good…it just may take a while.

2 thoughts on “Houston We Have A Problem”