On Sunday Danica Patrick became the first womanin the 65 year history of NASCAR to sit on the pole for a Cup Race. This isn’t any ordinary Cup Race, it’s NOT Bristol, it’s NOT the “Rock,” it’s NOT Talladega…it the Grandaddy of them all… the Daytona 500! 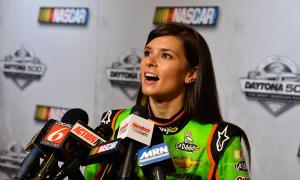 In this, Danica’s 4th year in the Cup Series, she turned a 196.434 lap in her #10 Go Daddy Chevrolet, to best Jeff Gordon, and take the pole. The previous best starting  position  for a female at Daytona was 18th in 1980 by Janet Guthrie, who also became the first woman to complete NASCAR’s “Super Bowl.” 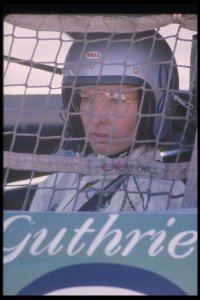 A couple other firsts for Patrick, she became both the first female to lead a lap at Daytona, and win an oval-track race in a major circuit (2008 Izod Indy Series-Japan). She also holds the record for highest finishing woman in a NASCAR national series race, 4th at Las Vegas (2011). 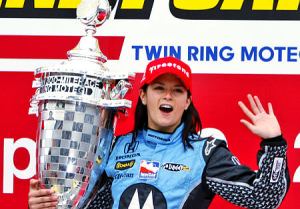 Along with the good comes the very mediocre, in 2012, her first full year  in the Nationwide Cup Series (33 races), she was only able to finish in the top 10, four times. 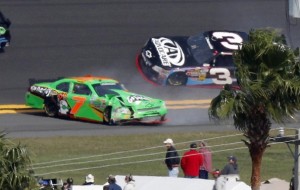 Winning the pole, is one thing, but winning Daytona, is another. If Ms. Patrick comes out on top, and finishes what she started, it will be the first time since 2000 that the pole sitter won Daytona, that driver, was Dale Jarrett.

“Ladies and Gentlemen start your engines”