The “truth” behind Gilligan’s Island

Growing up one of my favorite shows was Gilligan’s Island, I remember getting a Panasonic tape recorder for my First Holy Communion, and the first thing I did with it was tape the theme to Gillian’s Island.   I loved the show never missing an episode! When you’re young, there is no real dark side, or cynicism, but, as we grow older things change, and now looking back on those fun-loving castaways, I may have the real “back story” to their adventure. It all starts with the millionaire, and the question: ” What was he doing on a chartered boat, with a suitcase full of money for only a three-hour tour, that included a free lunch?” 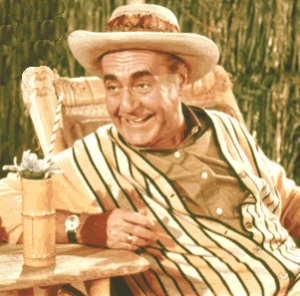 Simple, it was a drug deal that hit a few snags!  Thurston Howell III, drug dealer to the rich an famous, was heading to a rendezvous in the South Pacific with a major supplier. This was such an important deal that he decided to take care of it himself, rather than send a couple of  his flunkies. To provide the needed cover, he took along his unsuspecting wife (she would be disposed of during the trip as will be explained later). Who better to embark on this type of illegal operation than with the original “Dumb and Dumber,” Skipper and Gilligan, they were both such idiots they would never suspect anything was amiss. 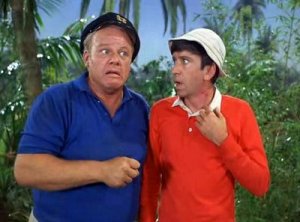 The Professor.  He claimed to have seven degrees; however, the only one Howell was interested in was chemistry. Howell needed someone to check the quality of the merchandise and the Professor was his man. Howell had been on the Finance Committee at the University of Hawaii when the Professor was the Head of the Geology Department.  Now it seems the Professor was being a little too creative in his financial record keeping.  Howell discovered the embezzlement, but kept quiet, and would thereafter blackmail the Professor into more help with his illicit ventures. 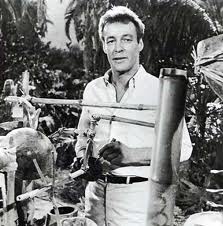 Ginger Grant, the movie star. She started out as a client, but, was later forced to become Howell’s mistress when she could no longer pay for her habit.  A movie start without money? You ask how could that be?  When one looks back on her acting abilities during  those little theatrical productions on the island (she stunk) one would understand.  Remember there wasn’t a “Baywatch” in the 1960’s.  It seemed that Ginger was going to spill the beans to Lovee (Howell’s Wife) if Howell didn’t get the divorce he promised (California, as you may know, was one of the first martial property states).  His plan was probably sometime during the three-hour tour, Lovee would have a “Natalie Wood” type accident. 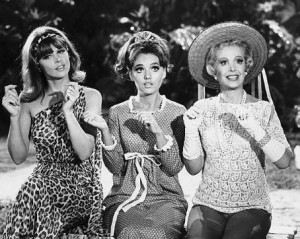 Mary Ann, she’s the only piece that doesn’t really fit. She may have just simply been an unsuspecting tourist, who happened to be at the wrong place at the wrong time.  Or maybe a distant cousin of Gilligan visiting from Kansas (which would explain why they were so attracted to one another). Nevertheless, Howell didn’t want any potential witnesses, but when he realized that Mary Ann didn’t pose a threat he was okay with her coming along. Besides if he ever got sick of Ginger there was always Mary Ann. 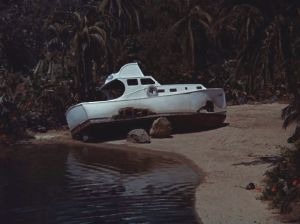 Why was Gilligan always somehow blamed for the failed rescue attempts?  Howell also had his hands in this as well. Shortly after the shipwreck, Howell heard on the radio that one of his cronies had turned state’s evidence and that the DEA was now looking for him.  Rather than run the risk of being caught, he decided that he would simply sabotage any rescue attempt until things cooled off on the mainland.  Needless to say our boy Gilligan was always a convenient scapegoat. 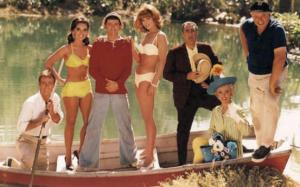 3 thoughts on “The “truth” behind Gilligan’s Island”